When developing cloud-native applications it is important to understand the basic building blocks at our disposal when it comes to Google Cloud storage and compute options. One of the most critical aspects is where and how data can be safely stored and used while still taking in consideration aspects such as performance and availability.

What Is a Google Cloud Persistent Disk?

Using a virtual machine (or cloud instance) it is sometimes hard to see the different underlying components that compose it. Google Cloud Compute Engine is a powerful service that can be used to manage all the different aspects of virtual instances in Google Cloud. In cloud virtual instances, the computing and storage are often decoupled. This means that the instance block storage is managed separately from the virtual instance, which enables attachment and detachment as needed and thus, improving reusability, availability, and safekeeping.

In practice, you can create a Persistent Disk and attach it to a cloud instance to perform operations and store data. Later, the disk can be detached and reattached to a different cloud instance for any other operation using that data.

Why Use Multiple Persistent Disks in the Same Instance?

While each cloud instance has by default one independent Persistent Disk with the baseline operating system, there are use cases that require or benefit from using multiple Persistent Disks in the same instance.

Having different Persistent Disks enables us to meet different requirements such as independent Google Cloud backup policies for each disk, or different storage performance and availability requirements that wouldn’t be possible otherwise. For example, a regional Google Persistent Disk can’t be used as a boot disk for a cloud instance.

To understand how to use multiple google Persistent Disks in Google Cloud Compute Engine we will start by creating a Google Cloud Instance. The creation process is quite straightforward and should be identical to the one described in this blog post.

1. Start by heading to the Disks section which is located on the panel on the left-hand side of the interface l. Press the “Create Disk” button to initiate the Persistent Disk creation process.

2. Provide a name for the Persistent Disk (e.g. brunodisk-1) and change the disk characteristics such as location (same as your instance), type and size. 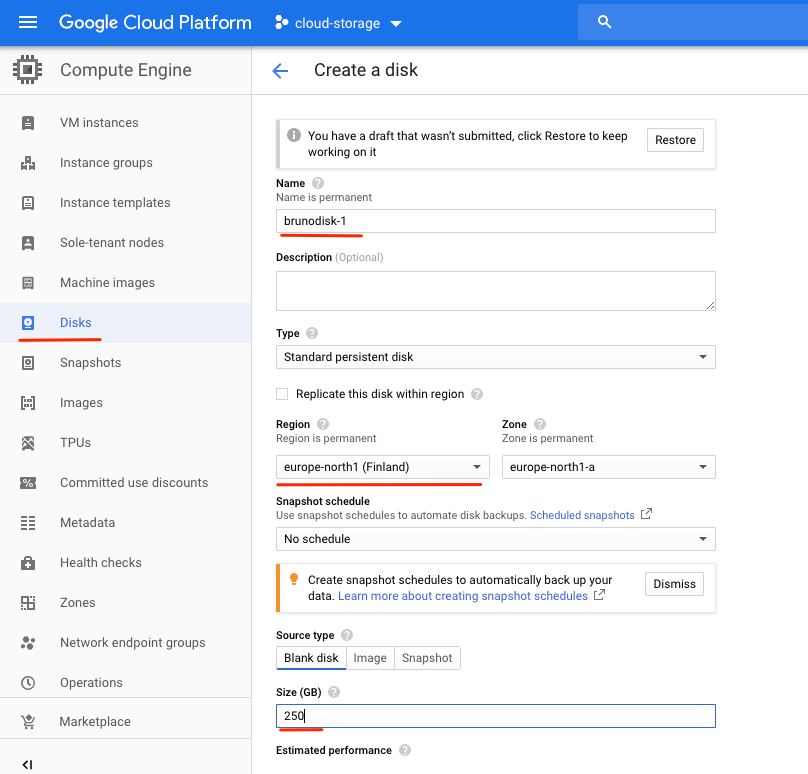 3. At the bottom of the page press “Create” to initiate the creation process.

4. If successful, the new disk will be available and visible in the cloud Persistent Disks list.

5. Repeat instructions shown above (1-4) to create additional disks as needed. In the example above we created two independent disks named brunodisk-1 and bruno-disk2.

Step 3: Attach the Persistent Disks to Your Instance

With the Persistent Disks created and in an available state, we can attach them to the cloud instance and put them into use.

1. Navigate to the VM instances section on the left-hand panel and edit your instance details. Under the additional disks section, find the “Attach existing disk” button and click on it.

3. Repeat the steps 1 and 2 to attach any other Persistent Disks you previously created.

4. When all selected Persistent Disks are ready to be attached, press “Save” at the bottom of the page to initiate the process.

With the newly created Persistent Disks attached to the cloud instance, we need to prepare the disk file systems and make them available to the operating system.

1. Navigate to the VM instances section on the left-hand panel and press the “SSH” connect button. This will initiate a browser-interactive SSH connection with the instance.

2. In the instance ssh session, use the sudo -i command to escalate your privileges. You use the command df -h to confirm that at this stage only the 10GB boot Persistent Disk (/dev/sda1) is being used.

3. The Persistent Disks we attached are named /dev/sdb and /dev/sdc. We will start by creating a disk partition using the command cfdisk followed by the disk we want to configure such as /dev/sdb. 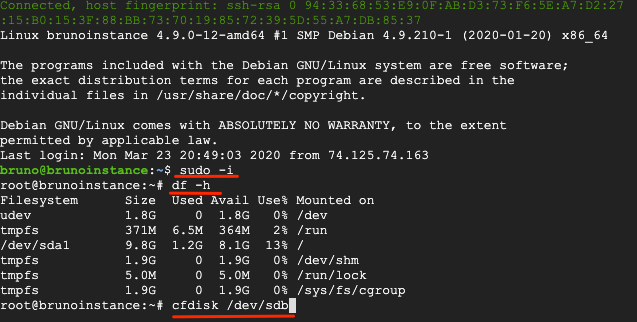 4. Select gpt as the disk partition table and press ENTER. 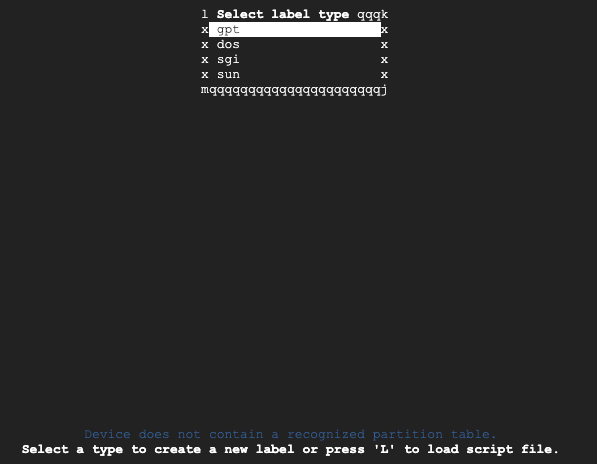 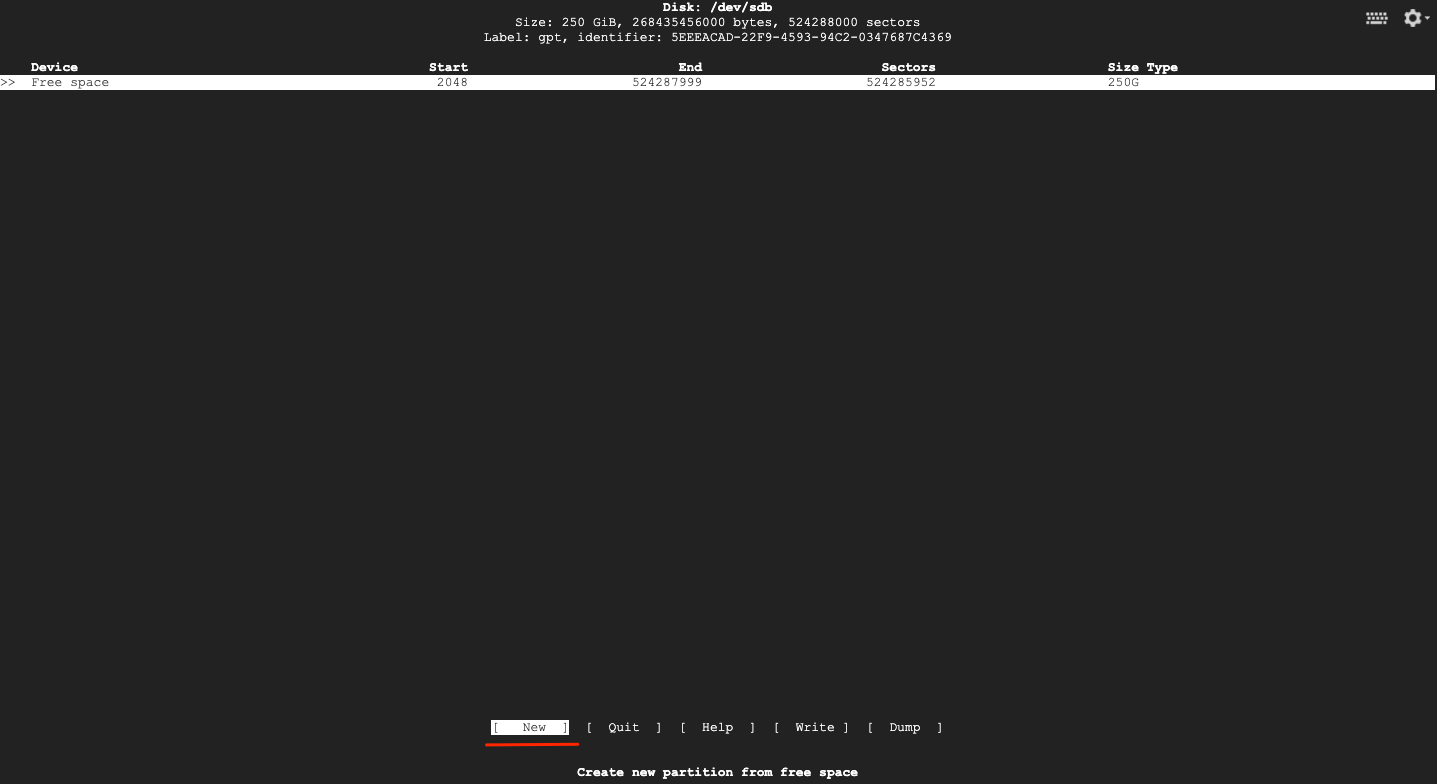 6. Now select the maximum available size for the partition and press ENTER.

7. Press ENTER to quit and save the changes.

8. Repeat the instructions 3 to 7 for each additional Persistent Disk you attached to the instance.

9. Confirm all the partitions were created by using the command fdisk -l. 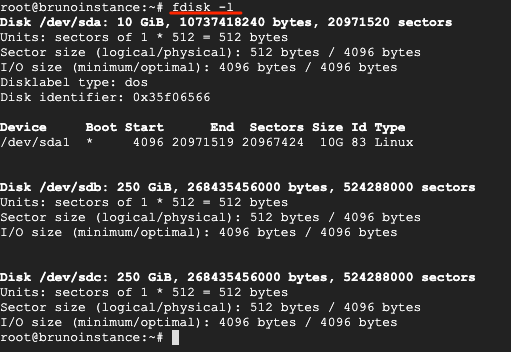 10. Create one directory for each of the additional Persistent Disks attached. This directory will be where the disk is going to be mounted and how we will be able to use the disk. In the example below, we created two directories using the commands mkdir -p /mydata1 and mkdir -p /mydata2

12. Mount the Persistent Disk partition in the directory created above using the command mount /dev/sdb /mydata1.

14. The disks can now be used with the directories we created! However, if the instance is rebooted the additional disks will not be automatically mounted. To enable that use the following command to each of the disks echo “/dev/sdb /mydata1 ext4 defaults 0 2” >> /etc/fstab.


15. Confirm the fstab entries are correct by running the command mount -a.

16. The Persistent Disks will now be available and ready to use even if your instance restarts.

Knowing how to fully leverage the capabilities and potential of google cloud Persistent Disks can offer is a must have for anyone designing cloud native architectures. Using one or more additional Persistent Disks in the same cloud instance enables you to build advanced retention, availability, and performance capabilities in your application.