What Is FSx Gateway?

Some organizations use on-premises file storage only because of certain latency and bandwidth requirements. FSx File Gateway is a new type of the AWS Storage Gateway solution, which provides fast local access to Windows file shares, fully managed in the AWS cloud by FSx for Windows File Server.

The Need for FSx Gateway

On-premises desktop applications are often latency-sensitive. This may cause delays for end-users. It can also lead to slow performance when users directly access AWS-based files from remote locations. Additionally, when a large number of users can directly access cloud data, shared bandwidth resources, like AWS Direct Connect links, may become congested.

FSx Gateway lets you use Amazon FSx for Windows File Server for latency-sensitive workloads. It can also help replace on-premises storage with a fully-managed, reliable and scalable alternative based in AWS.

FSx Gateway provides an SMB file protocol server that enables connections as well as an on-premises cache for frequently used data. This enables the same low latency as experienced within the AWS cloud.

File system operations, like reading and writing files, are performed against this local cache. In the background, FSx Gateway synchronizes all changed data to Amazon FSx for Windows File Server. Amazon Gateway can also help minimize the amount of data transfer and optimize the usage of network bandwidth to AWS.

Related content: Read our guide to FSx for Windows

To use FSx Gateway, you need the following:

You can then download and deploy an appliance into an on-premises environment, and then connect and configure file shares.

Here is a quick rundown of the steps you need to perform in order to use FSx Gateway:

Once the gateway is attached, you can use a client to browse and connect to file shares on FSx File that correspond to a selected FSx File. After your file shares are connected, you can read and write files locally while using all features available on FSx for Windows File Server.

FSx File maps all local file shares as well as their content to file shares stored remotely within FSx for Windows File Server. It offers a 1:1 correspondence between remote and locally-visible files and their shares.

FSx File Gateway is available in all AWS regions that support FSx for Windows File Server.

When you start creating a gateway via the AWS Storage Gateway Management Console, all available options will be displayed alongside setup instructions relevant for each option.

Here is an example configuration that uses an EC2 instance for the gateway: 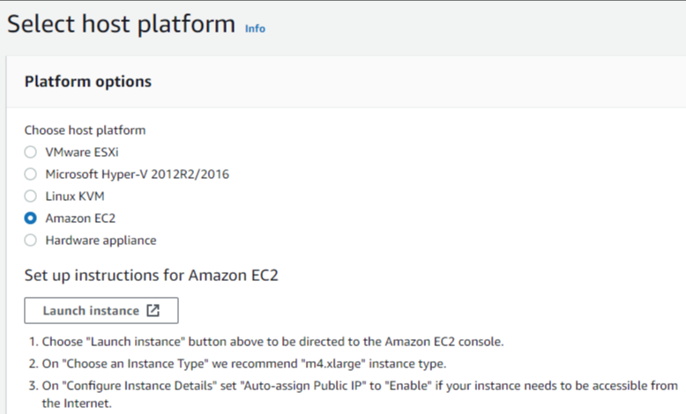 Here is a general configuration example for a gateway created within the US East (N. Virginia) region: 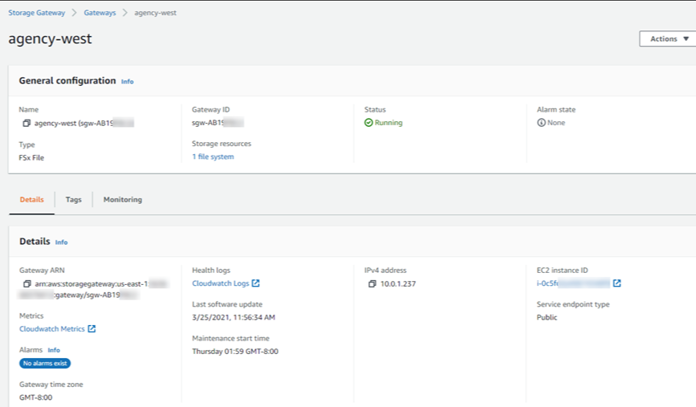 Here are the details of a file system that runs within an Amazon VPC located in the US East (N. Virginia) region: 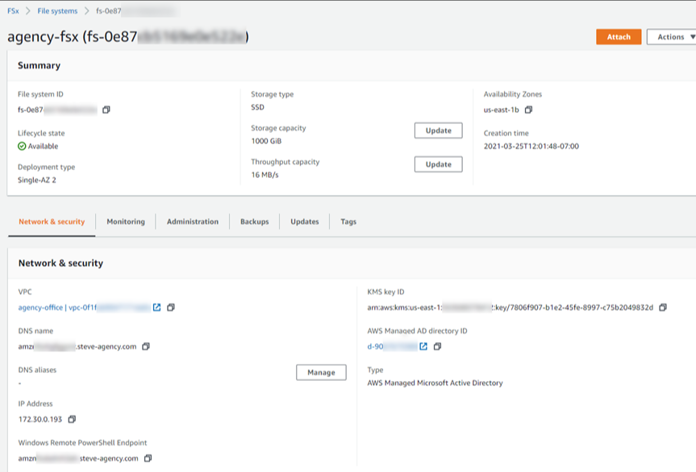 Note that the gateway is created and activated within the same region as the source FSx file system. The gateway VM is deployed as an EC2 instance that runs in another VPC, within the US West (Oregon) region, with a peering connection between the two VPCs. This allows fast access for resources running in the US West region. 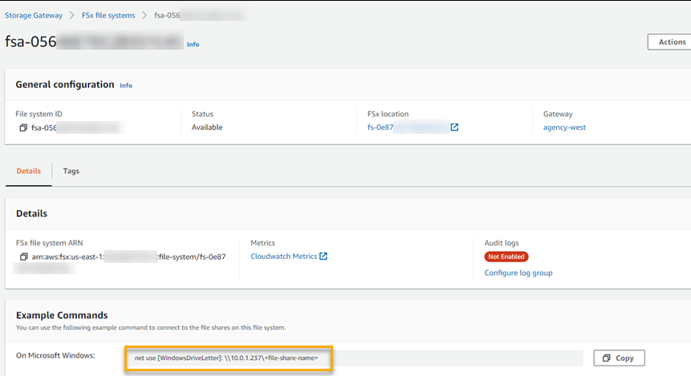 In collaboration with NetApp, AWS has launched Amazon FSx for NetApp ONTAP, a new cloud-based managed shared file and block storage service that brings the best of both worlds to their customers.

FSx for ONTAP delivers NFS, SMB and iSCSI storage powered by NetApp’s advanced data management system, with features and benefits that go beyond other AWS offerings: